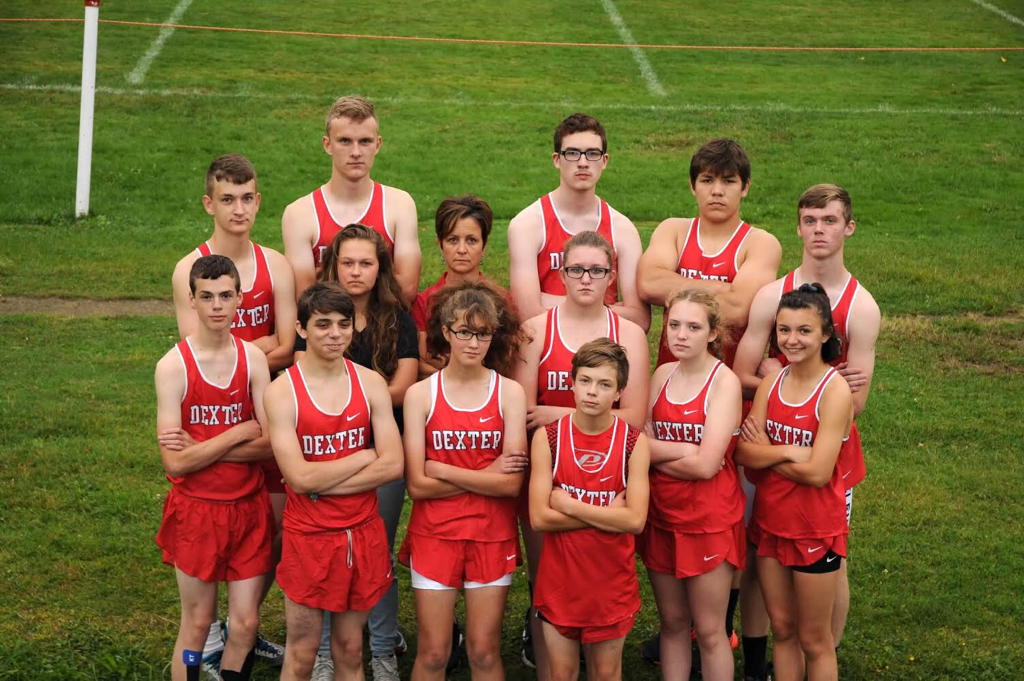 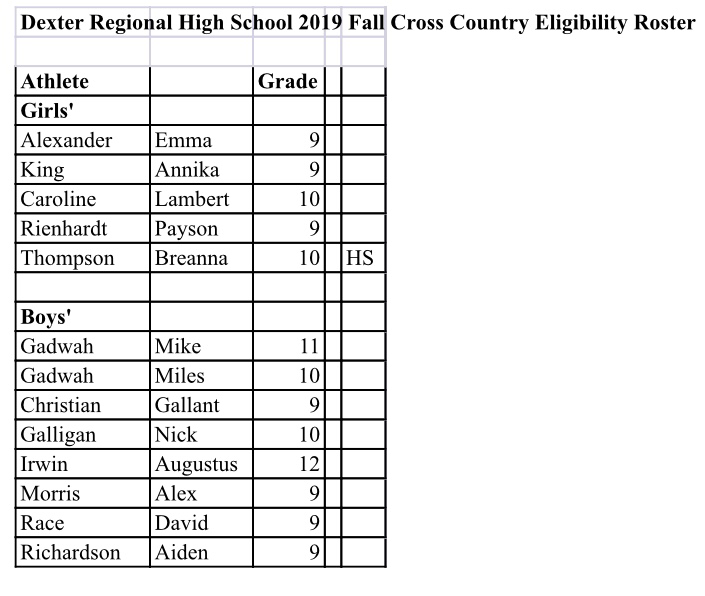 10/5
The cross country travelled to Belfast on the 5th for the Festival of Champions. There was a total of 83 teams competing and roughly 1900 athletes competing.
No one placed, but with the enormous amount of talent present, but everyone competing hit a personal record. The varsity team who ran the 5k decreased their collective pace by 5 minutes and 45 seconds. This marks the end of their season.
​
​On the 28th the Tigers as well as a dozen other teams traveled to Old Town for the 79th annual Old Town Sectional Invitational.
Payson did the best, coming in 28th place out of 85, covering 3.1 miles in 19 min and 15 sec. Micheal came in 46 with a time of 20 min 34 sec. Behind them Nick placed 65th, Miles placed 79th, and Gus came in 82nd.
The team came in 12th out of 13 with a score of 296. They beat Foxcroft Academy, who finished with a score of 356.

On the 24th the Tigers cross country was supposed to host the Dexter Tigers Invite. This was instead cancelled because of thunder and lightning and will not be made up.

9/20On Friday the cross county team traveled to Foxcroft Academy.
​
​9/17
On Tuesday, the tigers cross country team traveled to Lee Academy for the annual meet. Parson Reinheart, a freshman, came in first for boys varsity. Micheal Gadwah came closely behind in third place. On the girls side Emma, a freshman, placed 3rd for Girls JV. This was the first meet the cross country team competed in, the team came in fourth place.

​The cross country season opener in Ellsworth was cancelled on the 7th because of bad weather. This meet will not be rescheduled.

2019 Cross Country Preview
​The 2019 Cross Country team has nearly doubled their numbers from last year with a large turnout from the freshman class. Micheal Gadwah, a Junior, was a strong competitor last year for the team, and will likely be one of the fastest again, as well as being a leader. He ran a 6:30 time for 2.96 miles. Payson Reinhardt, a freshmen, ran the same distance with a time of 6:09. He will be a top competitor, and has also been given the rare opportunity to lead as a freshman.
The only Senior, Gus Irwin, stated that “the team has talent throughout the depth of the roster, and is excited to test it against competitors.” The level of competition is unknown, but they will find out on 9/7, at their first regular season meet. Coach Marcy King plans for “every runner to make improvements in their running capacity and speed” and also “celebrates multiple Personal Records”. These personal improvements will lead to an overall better team, which will perform better at meets.
A weakness for this team is the lack of girls. So far, they only have 4 girls on the roster, and 5 are allowed to compete in meets. This will hurt the team score.
The Sophomores include Micheals younger brother, Miles, as well as Nick Galligan. The Freshman class fighting to earn a varsity spot includes: Annika King, Emma Alexander, Payson Rienhardt, David Race, Alex Morris, Aiden Richardson, Christian Gallant. Kimmy Rideout will be their manager for the team.

The Men’s Dexter track team traveled up north for a meet in Presque Isle that included 57 runners that were from Lee Academy, Orono, Foxcroft, Mount Desert, Bucksport, Ellsworth, John Baptist, Hermon, and Caribou. The Men did not finish in the top 5.


September 22, 2018
The Dexter Tigers men’s Cross Country team traveled to Old Town to compete in a 3 mile run. Dexter did not finish in the top 5 in either race.

The Dexter Tigers men’s cross country team traveled to Foxcroft to run. The Tigers did not finish in the top 5.

September 8th, 2018
The Dexter Tigers Cross Country team traveled to Bucksport to compete in a meet. Dexter did in fact finish in the top 5.

The Dexter Tigers men’s cross country team traveled to Ellsworth High School to compete in a track meet. the boys did not finish in the top 5.